As an organisation we owe a lot of thanks to many people, both withn the band and outside in the Christchurch Branch and Club. 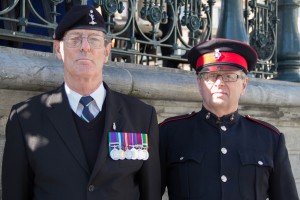 People outside of the Royal British Legion have also given their time and support to the Band. We owe a special thanks to members of Christchurch Council, who have helped the Band organise many large scale events, including the ‘Tribute to the Fallen’ a military style Tattoo on Christchurch Quay and the Diamond Jubilee Celebrations that the Band held in 2012.